The Ceramics sector expands to include raw materials and ceramics production equipment alongside ceramics and ceramic tiles.

Thanks to a growth in Russia’s build and interiors industry in 2019, demand for finished, decorated apartments is growing, and suppliers of ceramic tiles retain the prospect of sales growth in Russia.

Consequently, many companies are interested in promoting their brand at MosBuild – Russia’s leading build and interiors trade show.

After last year’s return of the Ceramics sector, 2020 will see the sector expand to see more ceramic tile suppliers, as well as the introduction of companies offering raw materials and production equipment. 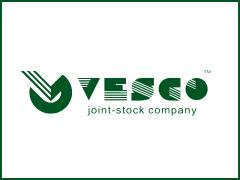 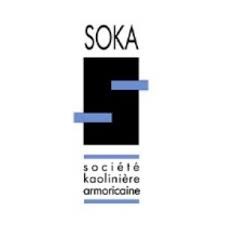 ACIMAC unites Italian manufacturers of equipment, raw materials and stock material, as well as service providers in the ceramics sector and, in turn, is a member of the Confindustria federation of tile manufacturers. Most ACIMAC members are from the Italian regions of Modena and Reggio Emilia, well-known throughout the world for their ceramic production.

ASEBEC unites 71 companies: not only Spanish manufacturers and technical workshops, but also representative offices of other international companies. The quality of Spanish kilns, presses, dryers and spray guns is well-known throughout the world.

Torrecid is a leading producer of materials for firing ceramic and glass products. The company has more than 16 factories and 11 offices worldwide. Torrecid is located in the Spanish city of Alcor, and the Russian subsidiary has been cooperating with Russian ceramic tile manufacturers since January 2010. The company supplies various types of raw materials for producing ceramic tiles: clay of various types, quartz sand, and feldspars.

VESCO is Ukraine’s largest enterprise for extracting clays with high plasticity and strength and that remain white after firing – used for producing ceramic tiles, porcelain, faience, glass, crystal, electrical insulators, sanitary ware, bricks and tiles. Established in 1967, the company and supplies clay to leading Italian and Spanish tile manufacturers. The production capacity of the enterprise is 1.750 million tonnes of refractory clay per year.

SOKA Ukraine is part of the French group SOKA, one of the first kaolin companies in the world. The company offers a large selection of products: raw kaolin, enriched kaolin and clay from deposits from Ukraine, France, Germany, and Spain. SOKA produces products for the ceramic and chemical industries where white fillers are used, such as for producing plastics and rubber products, bricks and cement, and fiberglass.

SOKA Ukraine offers not only raw materials (kaolin and clay for ceramic manufacturers), but also provides support for increasing production capacities and improving product quality. The company is working on developing new ceramic masses and glazes in the company's laboratories, as well as at consumer enterprises, helping to optimise the production process using SOKA products.

Join them at MosBuild’s Ceramics sector

Want to meet top manufacturers of ceramic products face-to-face at one of the world’s top industry trade shows?

Exhibiting at MosBuild is your chance.

If you’re a manufacturer or supplier of raw materials or ceramic production equipment, exhibiting in the Ceramics sector is your route to meeting new partners and clients to help your business grow.

Enquire today to learn about your participation options.

ENQUIRE TO EXHIBIT
Back

Partner of the Trend show

Partner and co-organiser of the Architectural forum

Partner of the Architectural forum